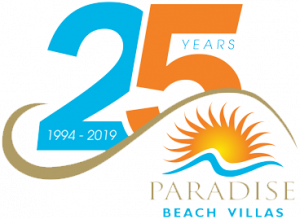 Paradise Beach Villas celebrated its 25th anniversary on July 4th 2019 commemorating its opening day in 1994 with Bougainville Development N.V., under the leadership of the late Lee di Giovanni.

The Resort actually opened its doors in 1988, but as the original Management Company ran into difficulties, like a phoenix rising from the ashes, Lee di Giovanni who at the time was just a concerned owner, took it upon herself to put the pieces together again, and make the Resort her life’s work.

The event commemorating the Silver Anniversary was nicely attended by specially invited guests, owners, Managers and staff and unfolded in the Resort’s lobby over cocktails and snacks on Monday July 1st 2019 after the threat of inclement weather forced the function indoors.

At 6 .00 p.m., Front Office Manager, Bianca v/d Biezen acting as Emcee for the evening, greeted guests warmly, and, as one of the original team, she shared her personal experience of the early days before inviting co-Managing Director Freddy Albertus to deliver the opening address.

Freddy thanked Mrs. di Giovanni for her courage and foresight and thanked both her sons, Alfred and Michael di Giovanni, in attendance with their family members, for making the trip to Aruba for this special occasion. “While Lee is no longer with us,” he said,” her legacy far superseded anyone’s imagination, and we can all be proud of what she started in her role as a very passionate owner.”

On a personal note Albertus added that he started under Mrs. di Giovanni’s guidance 18 years ago with no knowledge about timesharing but di Giovanni was his mentor. Paradise Beach Villas’ success continues to grow thanks to the commitment of timeshare owners, Board members, members and Managing Directors, department heads and staffers, and, as the second smallest timeshare Resort in Aruba, he was proud of the property’s upgraded status to a Premier Resort with Interval International. Paradise Beach Villas recently also became only the second Resort on the island to receive the service-oriented Aruba Certification plaque last year.

Freddy was also pleased to report that the average number of working-years among Resort staff was eighteen and this consistency created very strong relationships between members and staff. As a result, one unique achievement was the annual BBQ where what is now a three-year tradition, three families who are owners at the Resort, shop, cook, and serve staffers.  This is a much-enjoyed and always-appreciated gesture of gratitude by guests in appreciation towards their local hosts – the staff.

In conclusion of his address, Freddy reported that over the years, many of the renovations projects at the Resort were executed without any bank loans, attesting to the financial health of the operation, resulting in a top rating among Resorts on Eagle Beach. He thanked his concessioners for their varied contributions to the Resort and wished for the next successful twenty-five years. “We couldn’t have done it without you,” he concluded.

CEO of the Aruba Tourism Authority Ronella Tjin Asjoe – Croes delivered the next address and stated that the island of Aruba has greatly benefitted from its long-standing relationship with the timeshare industry and expressed her gratitude to each and every guest for his/her loyalty to the island and its people.  Statistics showed that the satisfaction with Aruba among timeshare owners was higher than among transient visitors and she remarked she was humbled and astounded by at the profound love and knowledge of the island she found among Paradise Beach Villas owners.

The current President of the Aruba Timeshare Association Luigi Heredia followed by congratulating Paradise Beach Villas for their contribution to ATSA as one of the founding members and wished them well for the future.

Andy and the relevant departmental Managers then presented service awards to employees celebrating 5, 10, 15, 20 and 25 years and additionally, three retiring staffers were recognized for their years of loyal service. The retirees were Jessica Robles de Medina (21 years of service), who as Credit Manager handled all issues regarding maintenance fees and membership queries, Willy Panopio (21 years of service) who excellently took care of Pool and Beach duties over the years and built many relationships with many members and finally,  Casimiro Irausquin who handled aspects internal systems in the Accounting Department for 17 years.

Dennis Hullmann, current Chairman of the Board followed by expressing his delight at the progress of the Resort over the years and congratulated owners, management and staff.

Jim Pritsiolas, Secretary / Treasurer of the Board then presented a surprise award to Fred Noemer, one of the longest serving board members.

Closing comments were offered by co-Managing Director Andy Osbourne who thanked the di Giovannis, the shareholders and members, the Boards over the years, Concessionaires, the business community and industry partners and management and staff for their resilience, and patience that has made this milestone possible and also the Committee and all entities involved in organizing the evening’s celebrations. He confidently looked forward to the future of Paradise Beach Villas after a quarter century of hospitality excellence. 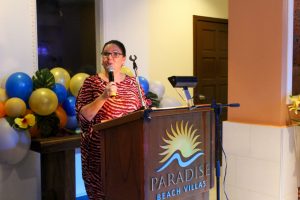 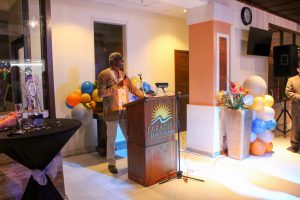 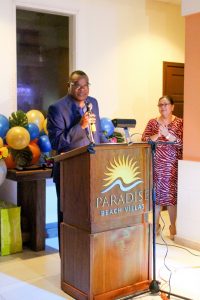 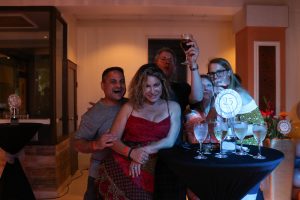 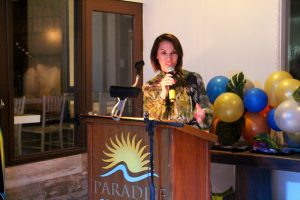 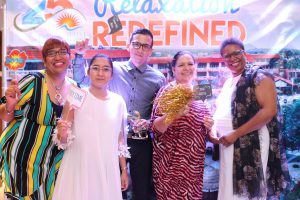 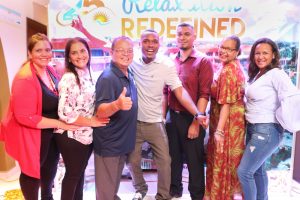 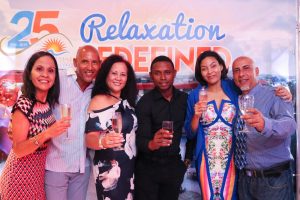 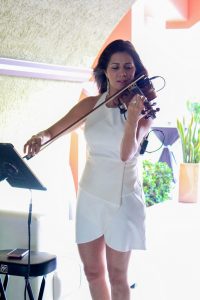 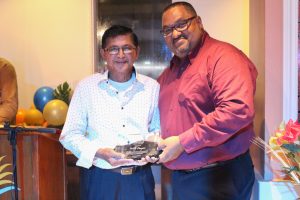 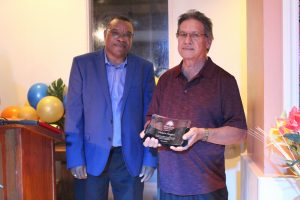 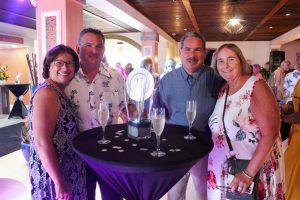 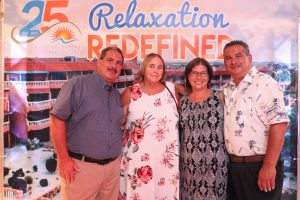 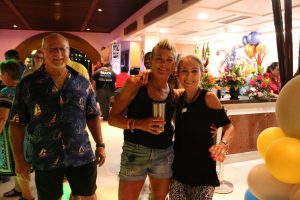 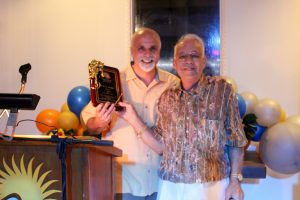 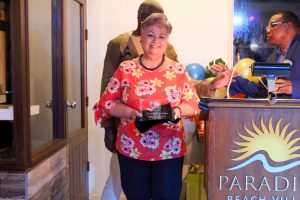 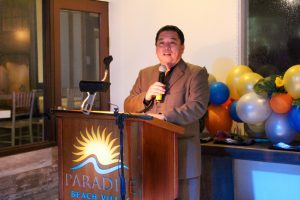 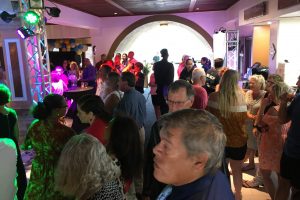